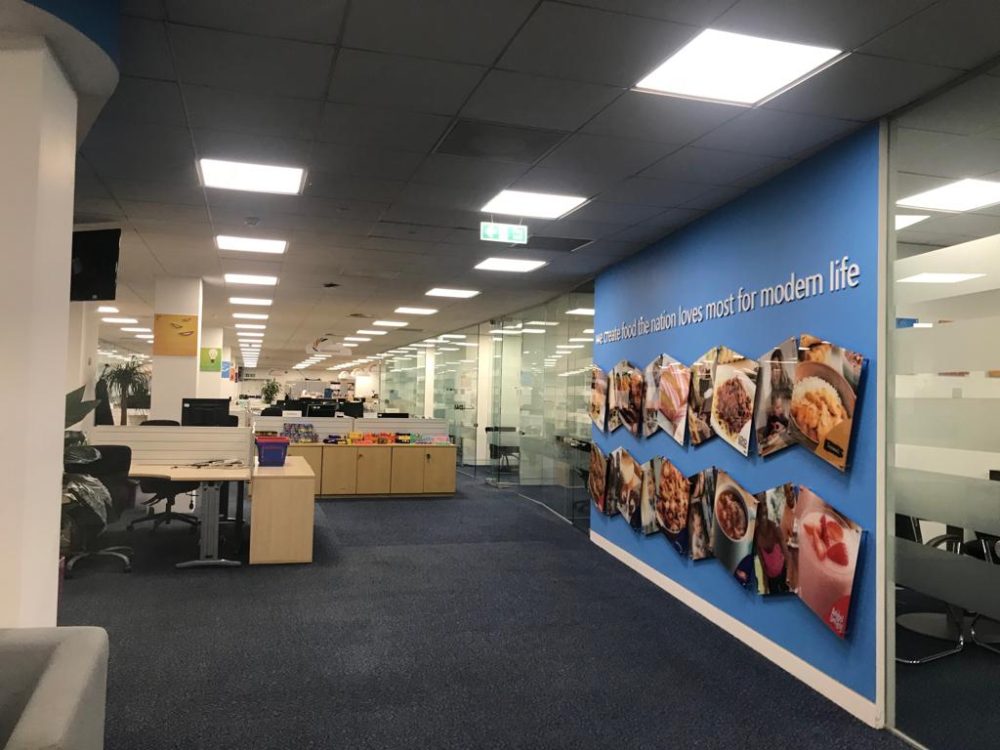 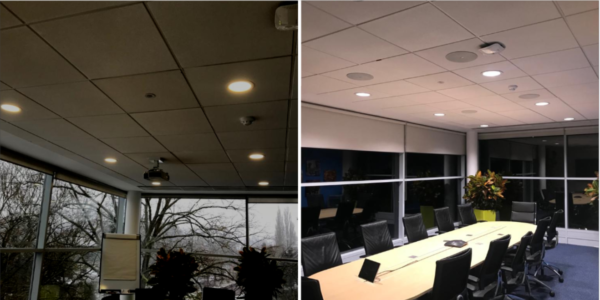 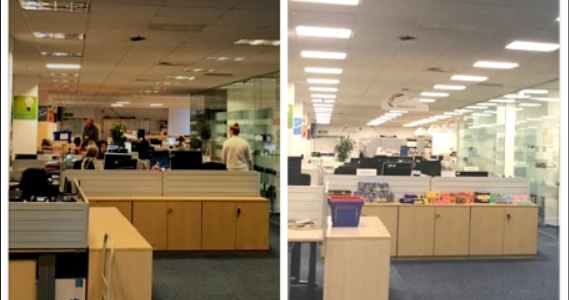 Premier Foods plc is a British foods manufacturer with headquarters consisting of a 4-story office block situated in St. Albans. The existing lighting was made up of approximately 400 modular fluorescent T8 luminaires in a suspended ceiling and a small number of recessed downlights.

The luminaires were being controlled in zones of 6 – 10 fixtures with PIR movement sensors operating each of the zones individually. This system was to be retained but renewed with new marshalling boxes and sensors and reconfigured where necessary.

The project would include the complete supply and installation of all luminaires and ancillary electrical equipment, with the work being undertaken outside of office hours to minimise disruption to the facility. The new LED luminaire would be required to have minimum 3 year warranty and incorporate a quality power supply from a recognised manufacturer.

Following a survey of the site, interLED proposed the Lynx Pro LED panel luminaire and provided a lighting design simulation to prove we would achieve the desired lux levels of 400 – 500 l at desk level. The current designed layout was with 3 or 4 clear tiles between luminaires in the ceiling grid. This was deemed to be typical in nature and would facilitate a ‘like for like’ replacement scheme. During installation there were a few isolated areas that soon become apparent were too concentrated with the new LED panels. Some minor on-site reconfiguration was carried out to the client’s satisfaction. It can often be the case in new LED installations with luminaires operating at full output that the occupants take a short time to adjust to the new environment. Rarely are the fluorescent fittings in a building operating at full output, especially prior to a new LED fitout. The occupants can become accustomed to a low level and poor quality of lighting.

interLED provided the client with a complete solution including survey, consulting, design, supply and installation. The work was completed successfully over 2 weekends with minimum disruption. interLED offered a 5 years manufacturers warranty on the luminaire and ‘Philips’ power supply, exceeding the client’s expectations.